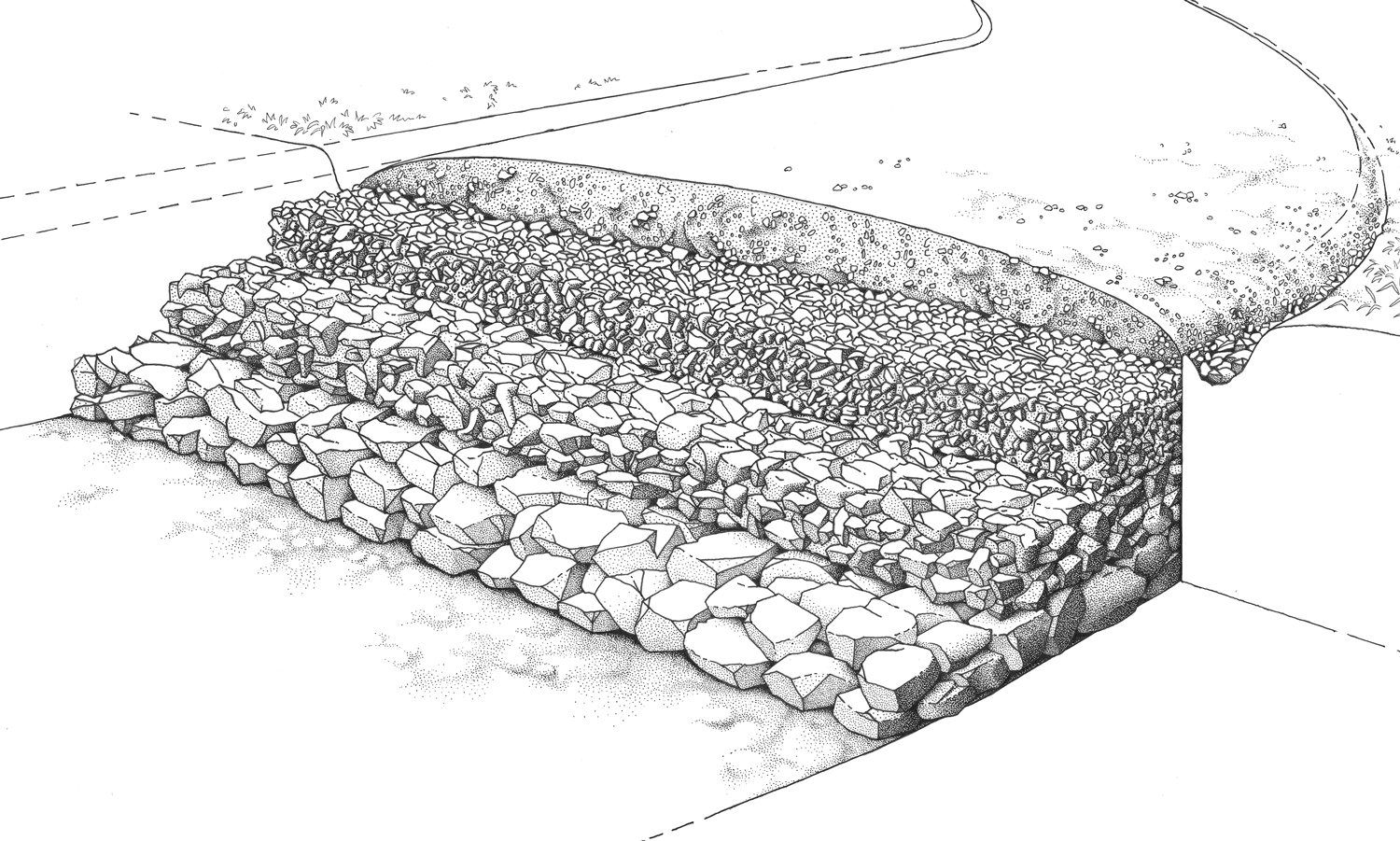 The concept of tightly-fitted paving units laid on a granular base is very old. The first segmental pavements were built by the Minoans in 5000 B.C.

However, systematic and detailed pavement construction did not arrive until the Roman era about 2,000 years ago. With free labor and military dominance, they built a 50,000-mile network of roads that withstood heavy traffic and harsh conditions, some of which are still in use today. Since then, almost every culture continues to use segmental pavements.

A most remarkable fact is that over the last two thousand years, the world has not been able to make any essential improvements in road-making. The reason the Roman roads have been so durable is because of the effort put into design and construction, both of which are utilized in today’s installation procedures.

The Romans designed pavements according to their importance and usage. They built public, private, and military roads. Each road had its own design to accommodate the traffic loads and priority. Military roads were the highest priority and required a more complex base structure and final surfacing, whereas the public and private roads were not funded the same and had less engineering. Nonetheless, all the roads were designed based on usage, availability of materials, and firmness of the sub-soils. There are many striking similarities between pavement compositions two thousand years ago and those of today.

The Roman road had three distinct layers. The underlying layer of the pavement was called the Agger, or “foundation.” This layer would vary in thickness in order to maintain a properly drained base. In some cases this layer was found to be 4 to 5 feet depending on thickness of soils, in other places only a few inches. For the most part, this foundation contained a layer of “rubble” with stones laid in such a way as to provide drainage. It was also referred to as the “statumen.” The material was derived locally, although if no suitable stone was available on the spot, it might be brought from miles away.

Once a solid foundation had been constructed, the road’s middle layer, or “rudus” was installed. This material was finer and well-compacted, and laid carefully, at times in successive layers. Sand was a common part of this middle layer, serving to lend the road resilience. Other materials found in this layer were a sand and gravel mix which was sometimes mixed with clay.

Above these layers was the third and final layer or “pavimentum.” It consisted of large irregular polygonal shaped pieces of silex, which was the hardest stone available and easy to find in Rome. This topmost surface of the road would vary, but when available most were paved at least with gravel. Flint, slabs of stones and other small broken stones were also used to pave the road. Most roads were defined by curb stones on each side retaining the pavement. As usual, there was great variation in thickness of this layer. Some have been found to be 2-3 inches thick up to several feet. This has been attributed to soils, availability of materials, and maintenance keeping the road level.

What we take away from all this is that the Roman road consisted of three distinct layers: a bottom foundation layer, often of stone; a middle layer of somewhat softer material such as sand or gravel; and a surface, usually gravel or paving stones. The same cross-section is used in 21st century segmental paving.

The Roman roads had many advantages over the American roads. Most importantly they endured because the base used allowed drainage and water to return to the earth. They verified the use of the road prior to construction and designed the foundation according to traffic and loads for that pavement. And finally, the materials used were environmentally friendly and lasted longer as they were taken from nature.

These roads were the arteries of ancient civilizations and serve as just another example of the Romans’ industry and ingenuity working for us in present day engineering and construction.